Military Aspects of Engineering Geology: Past and Present – Speakers 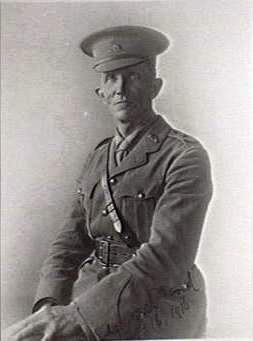 John Mather graduated from Liverpool University (PhD, DSc) and enjoyed a career with the British Geological Survey, finally as Assistant Director and Head of its Geochemistry and Hydrogeology Directorate. He became Lyell Professor of Geology at Royal Holloway, University of London, in 1990, and was appointed an emeritus professor on retirement.

Anthony Brook graduated from Manchester University with a degree in Geography and Geology, followed by a research degree in the USA from Ohio State University, and a career in teaching and lecturing. After retirement, he has served on the HOGG Committee and the Geologists’ Association Council, and contributes regularly to various journals.

Danny Harrelson graduated from the University of Southern Mississippi (BS and MS degrees in geology) and is presently employed as a research geologist for the US Army Corps of Engineers, at its Engineering Research and Development Center in Vicksburg, Mississippi. His current research includes the geological analysis of military strategies.

Peter Doyle graduated from London (PhD University College) and developed an academic career that led to a personal chair in geology at the University of Greenwich. He subsequently developed a career as a consultant geologist, an editor (currently of Geology Today), and an author/TV contributor associated with a wide range of military historical topics.

Dierk Willig graduated from the University of  Würzburg (Dr. rer. nat.) and developed a career as a civilian military geologist within the German Army but also a strong record of publication on historical topics. He leads the Geology/Hydrology/Geophysics Division at the Bundeswehr Geoinformation Centre of the German Army, and holds the reserve army rank of lieutenant colonel.

Edward P. F. Rose graduated from the University of Oxford (MA, DPhil) and lectured on geology in the University of London (Bedford College, later at Royal Holloway) until retiring to an Honorary Research Fellowship in 2003. He served meanwhile in the Territorial Army from 1960–1990, from 1969–1990 as a military geologist, finally in the rank of colonel.

Hermann Häusler, having studied at three universities in Vienna, was appointed a Professor of Geology in the University of Vienna in 1989. He is also a colonel of the higher military technical service within the Austrian reserve army, and head of the Working Group ‘Defense Geology’ of the Austrian Geological Society.

Florian Malm graduated from Mainz University (Dipl. Geol & Dr. rer. nat.) as a hydrogeologist with special interests in applied geology and geothermics. He currently leads a specialist section within the Geology/Hydrology/Geophysics Division at the Bundeswehr Geoinformation Centre of the German Army.

Paul Nathanail graduated from Cambridge (MA) and Imperial College (MSc, PhD). His career spans research, teaching and consultancy in environmental and engineering geology. He is the University of Nottingham professor of engineering geology and course director of the BSc Environmental Geoscience. He delivered the Engineering Group’s Glossop Lecture in 2009.

Edward Bromhead graduated from Portsmouth and followed the Imperial College Soil Mechanics MSc; later a PhD. He worked in London based consultants, but spent most of his career at Kingston University (formerly Polytechnic), retiring in 2013 as a professor. Glossop Lecturer in 2011, he is currently Chief Scientific Editor of the Quarterly Journal of Engineering Geology & Hydrogeology.

Deodato Tapete graduated from the universities of Bologna (MSc) and Florence (BSc; PhD in Engineering Geology). A Fellow of the UK’s Higher Education Academy, he specializes in applied geology and remote sensing for the preservation of historic buildings and urban environments as the Applied Urban Geologist at the British Geological Survey.

Alexander (‘Sandy’) Mackay is a chartered geologist and mining engineer with about 30 years of professional experience, practicing mainly in Hong Kong for the past 20 years. He has held Corporate and Project Management positions on construction projects, ranging in capital cost up to US$ 23 billion (Sakhalin Island, Russia); he specializes in sub-surface design and construction.